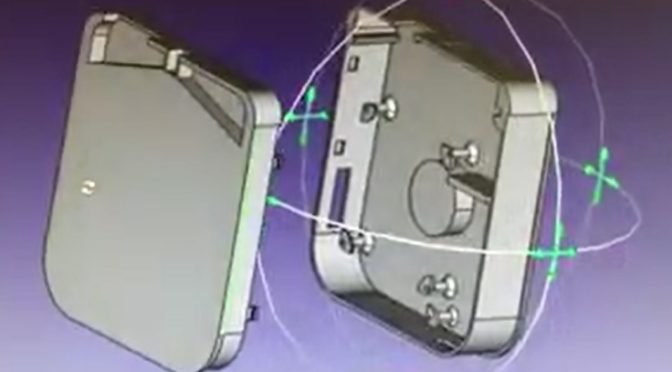 We managed to port our Digital Super 8 code to the NanoPi Neo Air. Using Qt and Qt Creator for platform independent development this wasn’t such a big task, fortunately. Also we managed to get the NanoPi Neo Air to boot up, set up a Wifi access point (SSID: DigitalSuper8 :-)), and to start VNCserver which allows a user to view the desktop of the NanoPi in a smartphone or IPhone. Also the Digital Super 8 control and monitor application is started and can then be viewed via WiFi on the smartphone.
That’s actually quite cool!
Having the NanoPi Neo Air act as a WiFi accesspoint, while running the Armbian OS on it was the most complex task and we had to re-write some scripts to nail it.
Now we are waiting for the new 3D printed cartridge to arrive. It is designed and printed by Dutch 3D print company http://www.partsondemand.eu. The new cart will allow build in of NanoPi, sensor and trigger synch circuit board, LiPo battery (1200 mAh), and charger/booster circuit. The device will have status LED, microUSB charger port, USB port for copying captured images to USB stick, microSD port for option to exchange microSD with updated image.
The device boots from and runs on 32GB eMMC, which enables the fastest RAW image writing and performance.